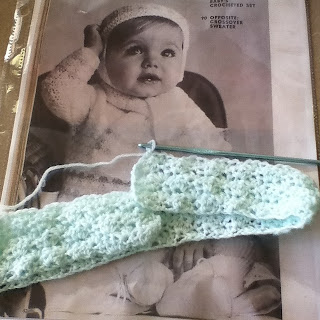 Yesterday I started this cute little baby cardigan for Hurricane Sandy NJ Relief. This is mostly today's work as I had to rip out what was completed yesterday. The instructions read "chain loosely 108" stitches and after the first few rows it became clear my little cardigan would fit a grownup.

So I made a swatch (where have we heard that is a great idea before?), and found my regular chain stitch was just fine. Gauge, or tension, can never be under-emphasized. Even patterns that read "gauge not important" do indeed have their own number of stitches and rows per inch. So when you are given a gauge guideline in a pattern, do yourself a favor and make a swatch!

Speaking of swatches my next holiday project is in the works. It will be a fair isle hat and I am seriously considering knitting two-hats-in-one. In Sweden there is a hat concept of knitting one long tube in the round, with each end shaped with decreases and closed up. One end of this tube is stuck inside the other, making a double-thick hat. The brim can be folded up to give four layers of warmth over the ears. The hat could also be reversible allowing for a wide range of patterning possibilities. After making some double knit brims last year (see the end of the post) I got to thinking about an entire double knit hat and it was not long before I realized I was not the first one to come across the concept. Fair Isle scarves are often knit as tubes in the round. Elizabeth Zimmerman designed a "Very Warm Hat" and there is a wonderful picture of it on this blog. I read (and described in a similar way above) about this type of hat in Rae Compton's book, The Complete Book of Traditional Knitting.

This hat of mine must begin with a swatch...for a number of reasons; it is only the second time I'm knitting a hat with sock yarn, for one, and the first time I am knitting with Jumper Weight Shetland Wool. Due to lessons learned the hard way, I am knitting my swatch in the round on two circular needles in US sz 2 and 3. This should help me decide which to use for the body of the hat after my swatch is washed and blocked.

I have started the little swatch with the main color (super soft washable merino sock yarn) with ribbing then stockinette, and will test out stranding in the colors of the shetland next.

Here is the swatch so far: 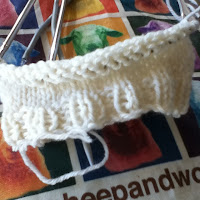 The gauge is paramount this time around because it seems like many of my hats have been just a bit off...either I do not allow enough distance before closing in at the crown, so it comes out a little smaller than I would like, or perhaps I have underestimated how much the yarn will relax and the finished hat has been a tad too loose. Other hats have been too tight...so this one I intend to fashion "by the book" with a swatch and careful planning stitch by stitch. We shall see! 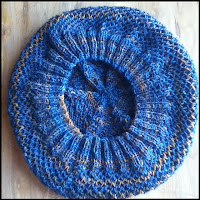 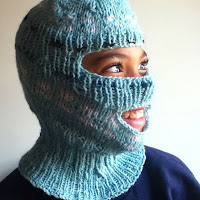 Last week I finished twp projects. The hat I was working on in the honeycomb brioche stitch will find its way into a Hurricane Sandy NJ Relief package. Also completed was my son's ski mask (one of the hats that did not come out as good as I anticipated...the eye opening/top shaping works, but I would improve the design if I made it again). Short row shaping was utilized after the mouth opening to create the nose/cheek area.

Some hats I made last year with double thick brims...the black and red ski hat is one of my $3 patterns offered for sale on Ravelry. It came out better than I expected. 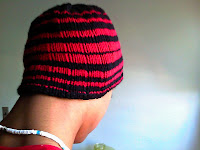 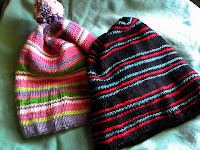 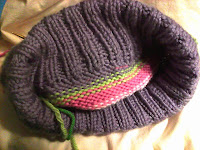 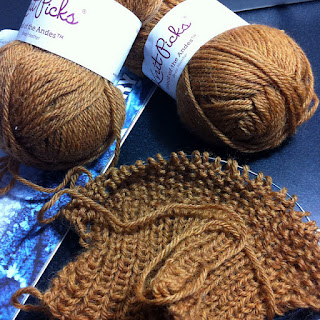 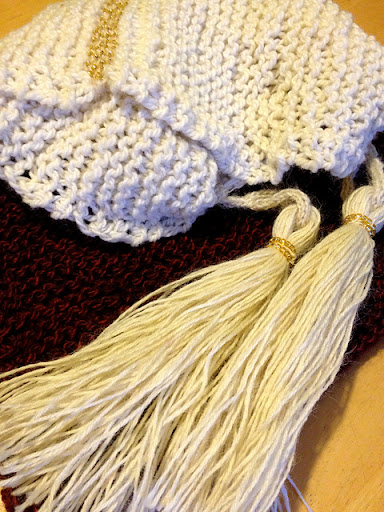 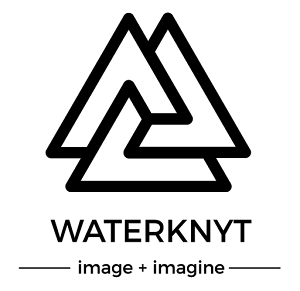 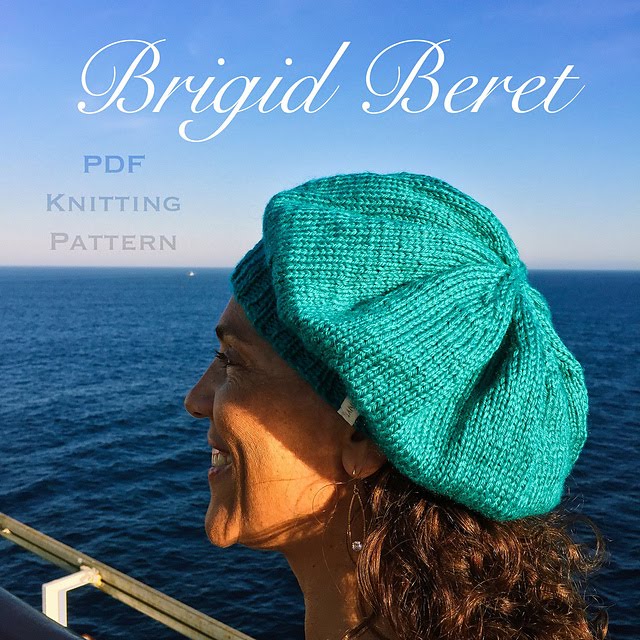